In recent years, it is increasingly common to hear about Augmented Reality and Virtual Reality app development, often abbreviated to AR and VR. By Augmented Reality, we mean the integration of digital information in real-time with the environment in which the user lives, thus producing an enrichment. In Virtual Reality, on the other hand, the whole surrounding environment is simulated, with the effect of an even more immersive experience.

Augmented Reality (AR) app development undoubtedly represents a significant step forward in the consumer experience of a company product or service, but above all, it is a necessary choice in the future for the digitalization of business.
The fundamental principle of augmented reality is the so-called “overlay”, that is the overlapping of digital content with the real environment in which the user lives at a given moment. In this way, people can interact with both physical and digital elements. Different hardware tools can be used to use this type of technology, ranging from smartphones with a video camera to various types of smart glasses.
At MOLO//17, we are pioneers in the use of this technology and we are able to create reliable and completely custom applications, focused on the specificities and objectives of a specific business. Solutions simple to use, with great functional and visual impact and maximum communicative effectiveness. Technology that represents a new way of communicating and interacting, destined to make a difference not only in the near future but even in the immediate present.

Virtual Reality technology has the power to transform the way we live, work and interact with the outside world. It is a completely immersive experience, with an environment built completely around the user, which allows him to experience whatever happens during the execution of the software in a real and concrete way.
To access this experience, of course, the support of adequate hardware is required and currently this includes smartphones, headsets connected to a computer and standalone headsets in which the computing power is incorporated within the unit.
The potential of this technology is enormous and goes far beyond the use of playful content. To understand how much Virtual Reality represents the evolution of our technological universe, just think of the recent investments by hi-tech giants such as Google and Facebook. Even at this very moment, Virtual Reality has the ability to transform the needs of companies into enormous development opportunities in various sectors.

AR and VR fields of application

From automotive to manufacturing, from healthcare to industry 4.0: both technologies are experiencing a dizzying development in the possibilities of application.
Augmented Reality app development is a technology that facilitates and increases the level of interaction between the user and his surroundings. It can be used in many businesses to streamline production processes, to assist the operator during the repair and maintenance of a machinery, for internal training or for remote staff training. You can even digitize the Customer Experience, increase engagement through Edutainment experiences, and much more.
Virtual Reality manages to express its enormous potential both in more engineering and B2B contexts as well as in the experience offered by a product in B2C contexts. As an example, just think of how Virtual Reality is revolutionizing the real estate sector through virtual tours, how it is facilitating the training of doctors and nurses in the healthcare world, or how it is revolutionizing design in the Automotive sector through the possibility of experimenting with a CAD model on a real scale, through driving and crash test simulations or through the configuration of the cars in the dealers area.
At MOLO//17, we believe so strongly in both technologies that we have experimented and developed in large projects several times. Do you want to see our success cases?

Excellent software programming skills are central to any augmented reality and virtual reality app development project. Numerous platforms for the development of Augmented Reality apps have recently emerged. While the AR sector has been dominated by Unity for years, many other big names have joined the digital business since 2017, such as Apple ARKit, Google ARCore, Snapchat Lens Studio, Facebook AR Studio and Amazon Sumerian. It is also essential for the development team to have an in-depth knowledge of programming in C#, C++, Java or similar languages and, depending on the projects, it could be functional to work alongside experts in 3D modeling, motion capture and gesture recognition. In virtual reality, more and more credit is being earned by React VR, a solution created from the React project, the well-known JavaScript library for creating user interfaces.

By way of example, but by not means limited to, we can mention the following sectors:

In a technological context characterized by impressive advances in artificial intelligence and robotics, we believe that creating greater value in the most effective way means combining the technological capabilities with the strengths of the human being. To achieve this, we believe that VR and AR technologies are epochal innovation.
We can help people improve their skills by taking full advantage of new digital knowledge while also harnessing the power of machines. We are confident that the development of these apps will profoundly change training and skills development as well as the interaction between people and the products they buy. For this reason, we advise all companies to reflect on the possibility of adopting the very best that this current digital revolution has to offer. 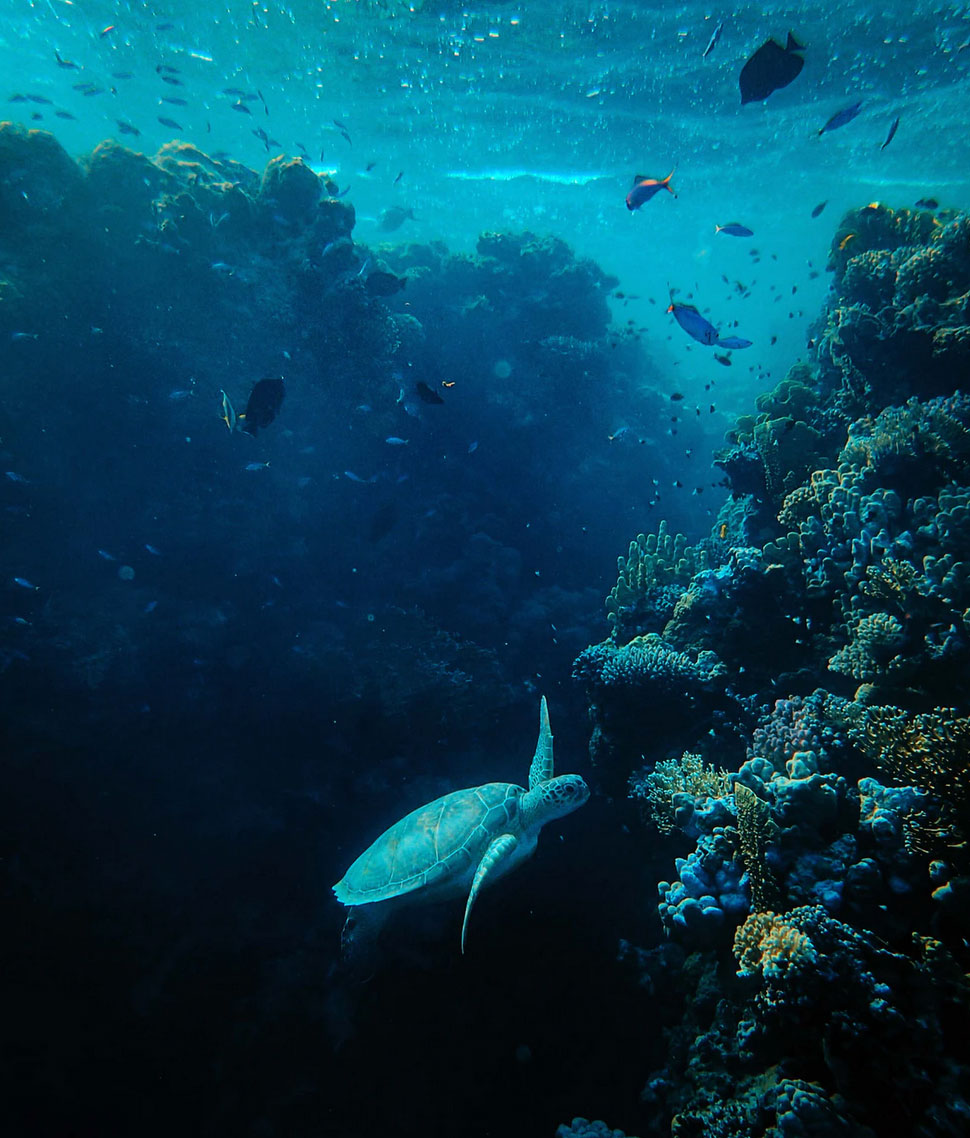 Do you want to tell us about your projects? 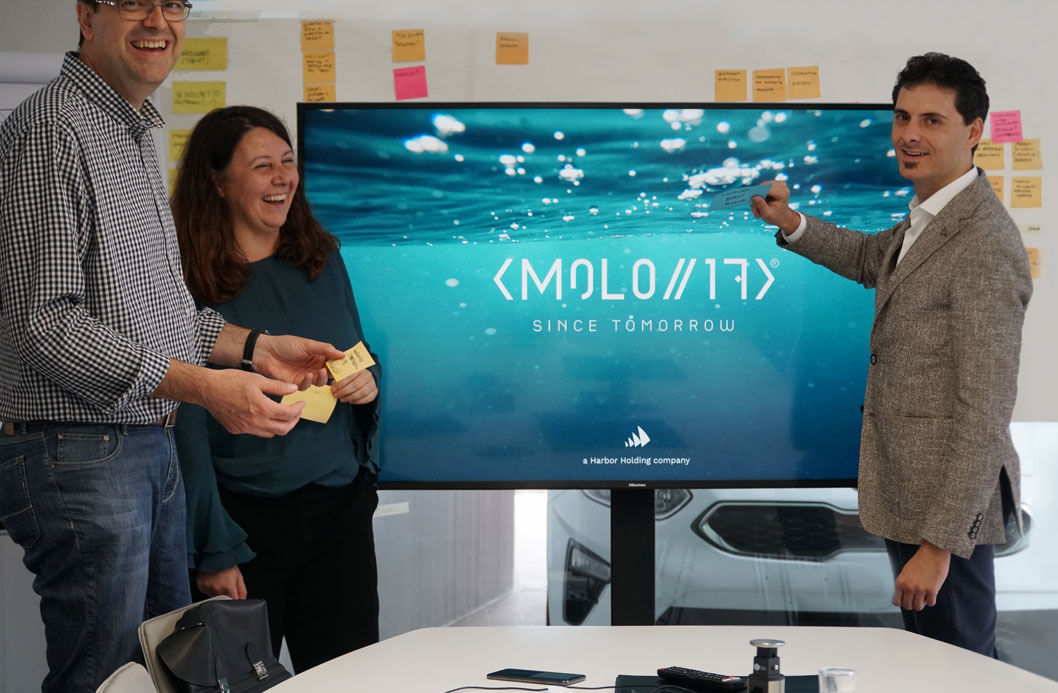 In order to avoid leaving an innovation process to chance, MOLO//17 has developed an original and exclusive method, which takes into account all the ingredients needed to build the future on solid and ambitious foundations.

When developing apps with MOLO//17, the macro-phases of the project are:

This is the most consultative phase of the project, in which the basic idea is refined and a detailed strategy is developed.

In this phase, the initial ideas are made real and concrete. The technical feasibility is analyzed and a prototype of the app to be developed is created.

The actual development phase. The code is created and the enabling factors are provided. MOLO17 follows the principles of the Agile philosophy.

This phase involves the release of the software developed in the production environments and all necessary documentation is produced.

This phase involves facilitating the introduction of business innovation. Our innovation managers support the customer and help with each implementation.

Lastly, we provide all necessary application and infrastructure support. We resolve any issues that arise and consolidate the development code.

MOLO//17 is a state of the art software house. We test and adopt technologies that will become the standards of the future before the others. We do it without any preconceptions whatsoever: we are not tied to a specific technology or to a specific software company because we prefer to adopt the most effective technology at the time based on the specificities of individual projects.
In order to use the technologies of tomorrow today, we invest heavily in research and development and in staff training. We can boast excellent skills in all the main development focuses, from mobile to web, from IoT to VR/AR. 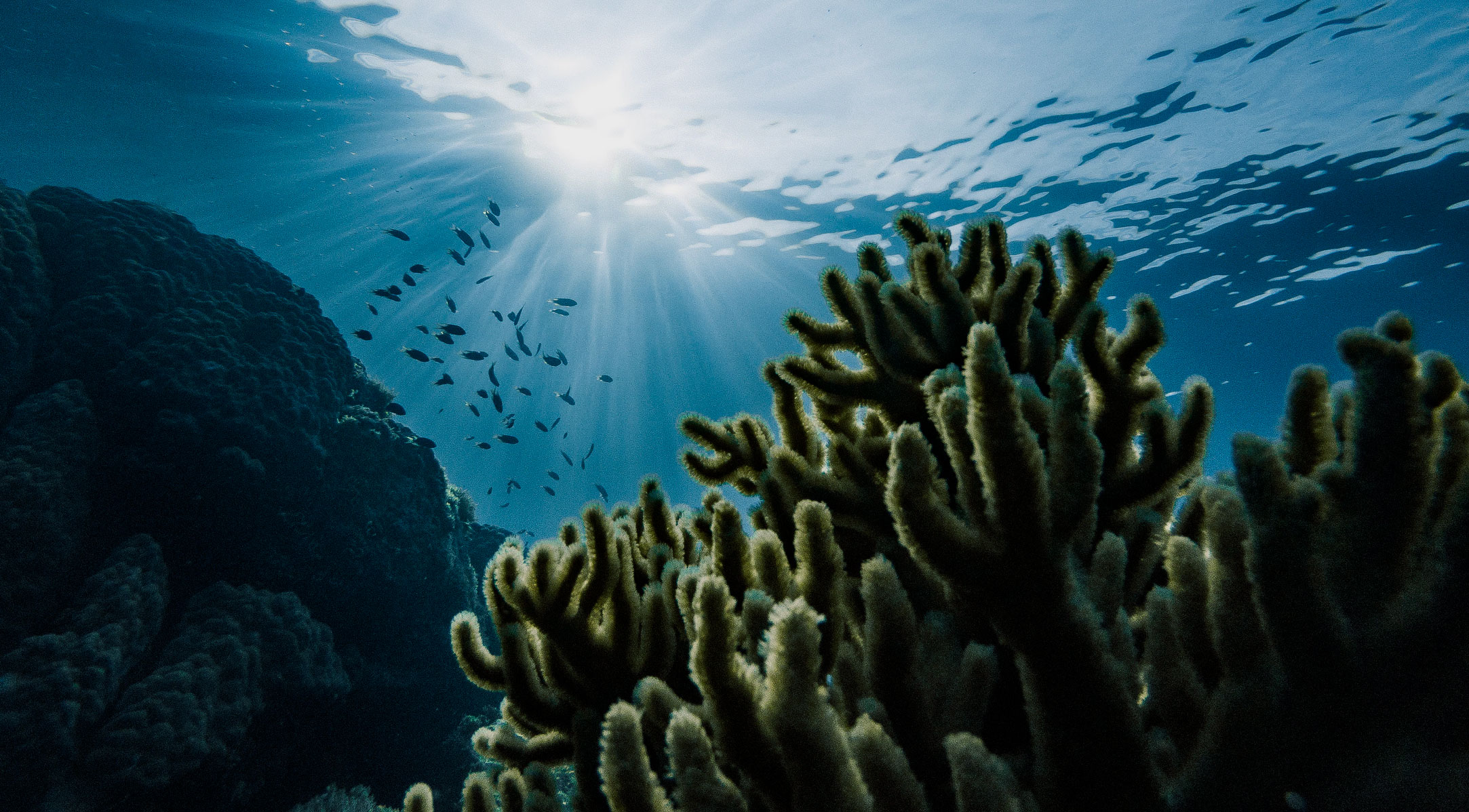 To continue to be competitive, every single company must deal with the real world that surrounds it. It must pay attention to the needs of its customers, to the solutions that the market is offering and the still unexplored possibilities. It has to accept the challenge of changing. App development with MOLO//17 becomes an exciting and very concrete challenge to your competitors, aimed at creating new standards within your reference market.

App development: the future is in your hands
Cutting-edge software development and system integration
Enterprise IoT and industry 4.0