General Availability of MariaDB and MySQL Database support for GlueSync 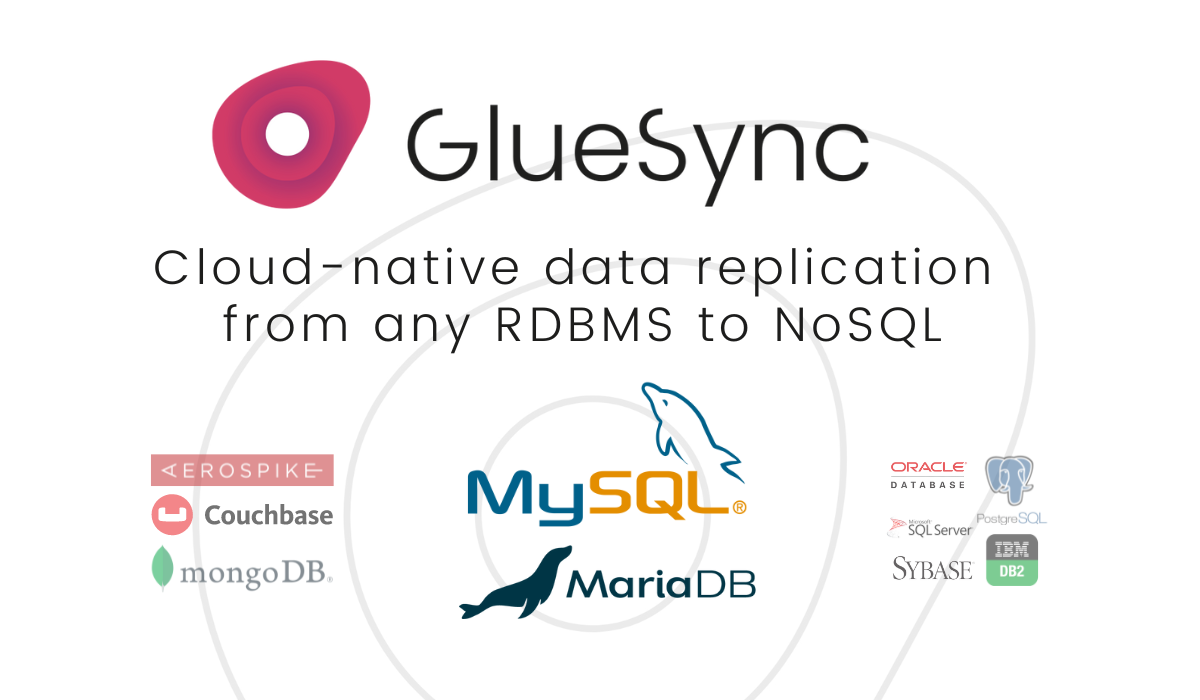 Already available for Oracle, MS SQL and PostgreSQL databases, the amazing opportunities, offered by GlueSync, for a smoothless and safe transition path to non-relational databases can now also be leveraged by owners of MariaDB and MySQL-based architectures, the two widely used and popular open-source relational database management systems originally developed by the well-known Finnish developer, Widenius.

Thanks also to this important milestone reached for the GlueSync roadmap, MOLO17 confirms its vision on connecting the enterprise customers to the state of the art NoSQL data platforms like Aerospike, Couchbase and MongoDB.

While the result of different generations of development, both MariaDB and MySQL are enterprise-class RDBMSs used by the large corporations and public organizations. GlueSync captures data updates by means of ad-hoc optimized and automatically-maintained triggers, and interfaces via the highly tried and tested native MariaDB and MySQL JDBC drivers for high-throughput data capture.

More and more enterprises will be now capable of avoiding all obstacles to their digital transformation, while cutting costs, increasing system uptime, and ensuring business continuity.

GlueSync enables enterprises to connect two notorious heterogeneous system, RDBMS and NoSQL databases, that are known to be profoundly different: an enterprise with GlueSync can start in minutes with uses cases that ranges from RDBMS-caching using NoSQL with lively updating and invalidating cache, to able to perform write-backs to the relational databases without any effort, and enjoying the full potential of GlueSync: the full dataset real-time two-ways replication that can be setup in minutes.

After Oracle, MS SQL Server, PostgreSQL and now MariaDB and MySQL in our lineup of compatible databases sources as previously announced, we’re heading to provide CDC compatibility with DB2 (both z/OS, i series, LUW), SAP Sybase and SAP Hana.

For more information read an introduction to GlueSync here and visit our GlueSync official website.

MOLO17 has become reference partner for NoSQL-based solutions and migrations, nowadays has delivered in production several projects in partnership with all the major NoSQL database vendors like Aerospike, Couchbase and MongoDB. For example, GlueSync has been used in sectors ranging from Healthcare with Zulu Medical, to manufacturing with Twinforce that has been presented during Couchbase Connect 2021.

Last, as announced before and as a perfect proof of its expertise and long experience in NoSQL technologies, MOLO17 won last year’s Couchbase Community award in the Architecture and Innovation category for being able to accelerate modernisation initiatives and enable innovation for mission-critical applications.

MOLO17 securely unlocks enterprise data potential with no downtime and no impact to business continuity. MOLO17 products and solutions offer the best of NoSQL database technologies to guarantee always-available consistent data and quality outcomes for mission-critical applications whether in the cloud, on premise and for all types of mobile device.

The GlueSync journey: an introduction
Don't miss the news,
stay up to date