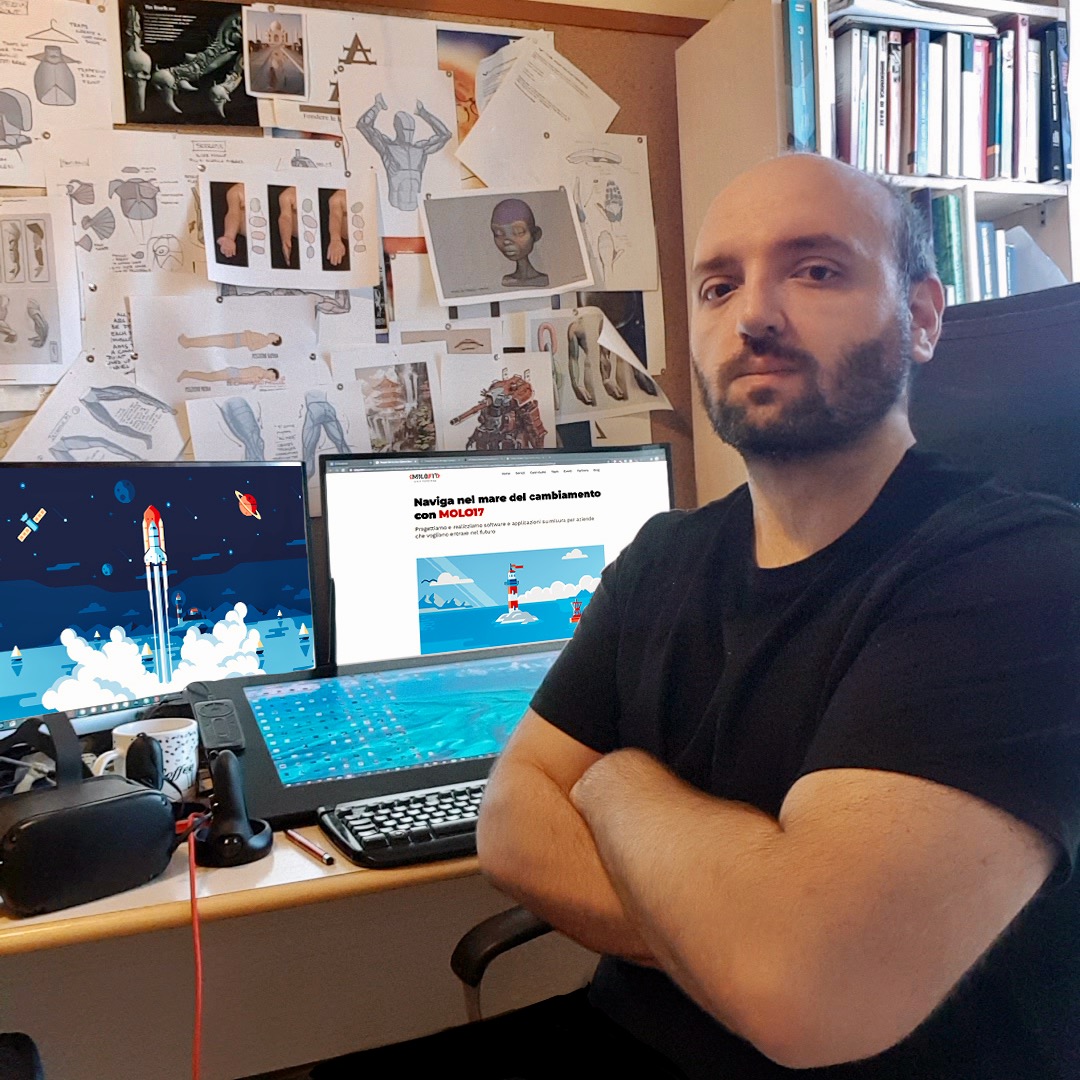 In this new chapter of Human Code we will talk about Dario Visaggio, AR/VR Lead Developer. Dario is the creative smart worker of MOLO17.

The origins of Dario Visaggio

Born in ’82, in Trieste, where he lives till now. He chews programming languages from an early age and not only, he has a strong creative vein that he has developed over the years. During his career he has held various roles, including System Administrator and Art Director for various companies.

He undertook various university courses, including Mathematics, Computer Science and International and Diplomatic Sciences, which for economic reasons he is unable to complete.

Dario’s career then moved in other directions, including Game Development, his real great passion.

After his studies, Dario began his professional career as a C# programmer for a company in Trieste that dealt with insurance systems. He then also dealt with web spiders, and search engines. He was then involved as artistic manager and Game Designer for a video game design: Evoora.

After this experience, Dario also worked abroad as a freelancer on other game projects. He continued to improve his 3D graphics skills and at the same time he continued to keep active his training for the production of gaming engines and their design. For four years, he collaborated  with another company in the system engineering field as a developer, until he was contacted by Daniele Angeli.

I met Daniele in 2013 when, together with my partner, they were trying to create a VR video game company in my name. Daniele had contacted me at the time because he needed someone to develop a connector for different enterprise softwares. Later, in 2017, he called me back for an open position in VR department, which I gladly accepted because I wanted to get away from the web world.

Therefore, Dario started working remotely for MOLO17, becoming AR/VR Lead Developer. He was involved in several projects: the most recent is the CT-Trainer project in collaboration with the University of Udine (UniUD). Dario realized the VR simulation, strictly collaborating with his colleague Marco Cosatto for its design. To learn more about the UniUD case study, you can read the dedicated article: VR Medical Training- the VR simulation for UniUD Radiology technicians.

Among Dario’s first projects there is also the creation of a virtual reality escape room, presented in our stand at local TEDx event. Set in a lighthouse, the goal of this game was to escape and avoid the explosion of a bomb.

To realize projects of this caliber Dario tells us to follow at least one refresher course every three months.

I’m a terrible autodidact. I love to study as many new things and learn as much as possible. That’s also why years ago I started to take an interest in artificial intelligence, neural networks, to get a better understanding of them. Since I was a child, I was driven by a strong curiosity and I tried to study as much as I could and at the limit of my possibilities. That’s probably why even now I want to and continue to study a lot in my spare time.

Between 2007 and 2008 Dario obtained his master’s degree in “Computer Graphics” at Big.Rock, Treviso excellent school of animation film training. He also obtained a certification as 3D Studio Max instructor and many others. Thanks to his expertise, Dario has also collaborated as a teacher at the Politecnico di Lugano and other schools, and was also involved in a speech on 3D graphics and architecture at the Politecnico di Milano.

Dario, through MOLO17, is now one of the teachers of the 3D Artist course at Scuola Internazionale Comics di Padova. The interesting collaboration started last year and continued also during the lockdown phase through the online lessons. Dario is also the author of the blog of several series of articles. You can find here the series dedicated to Zbrush Sculpting e Environment Art.

Dario is very active between social and personal projects. He has his own website, based on its nickname Desarius, where he publishes his most successful works. Lately, he records live online on Facebook and YouTube to create 3D characters with Zbrush. Dario is creative by definition!

He loves to walk. If possible, he would walk all the time. On average he exceeds 10 thousand steps a day walking around the streets of his loved Trieste, after work, of course.

In his future, Dario hopes to continue working in the gaming industry somehow. With MOLO17 interesting projects are under development, but we can’t reveal them yet. Stay tuned!

With that, the interview is over and we refer you to the next article.

Who will sailor number 15 be interviewing?
In the meantime, you can read the series here. 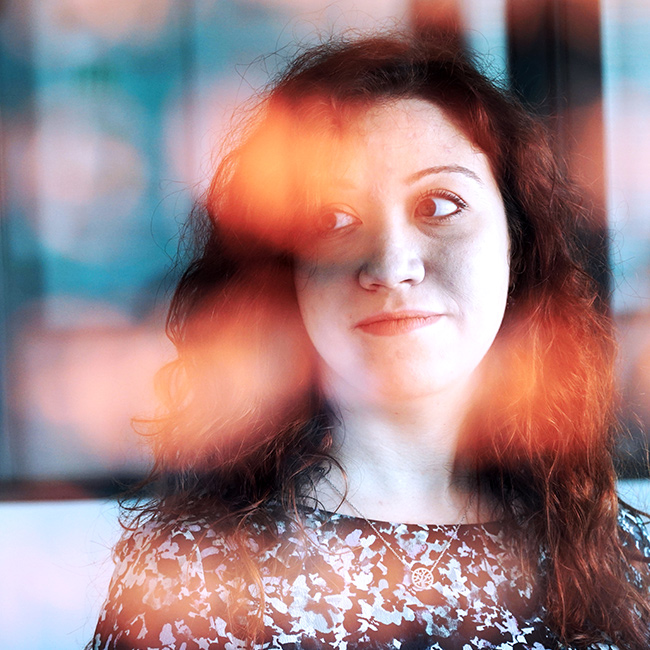